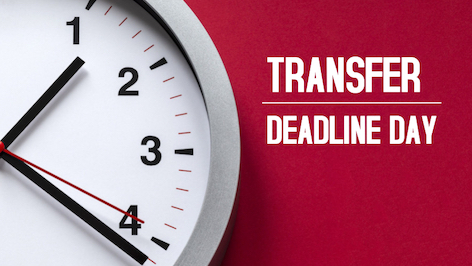 The English Premier League clubs have until 11pm today, January 31, to get their transfer targets to commit pen to paper in order to bolster their squads for the remainder of the season.

While the clock is ticking, certain teams have already struck deals while some are still in negotiations. Let’s have a look at what’s happening today in the transfer market:

Manchester United have completed the biggest deal so far, signing Bruno Fernandes for £47 million. Ole Gunnar Solskjaer is reportedly still on the hunt for a striker to replace injured Marcus Rashford.

Frank Lampard is also under pressure to sign an attacker with Tammy Abraham injured. His efforts regarding PSG’s Edinson Cavani and Napoli’s Dries Martens failed – and time is rapidly running out for him – will he be able to make some last minute surprises?

Arsenal boss Mikel Arteta brought his first target to Emirates on Wednesday, January 29, signing Pablo Mari from Flamengo, and looks set to make at least one more move before the end of today. He is reportedly considering Southampton defender, Cedric Soares.

Although Man City have been rather quiet this summer transfer window, reports suggest that Pep Guardiola is busy making plans to bring Yan Couto and Milan Skriniar to Etihad.