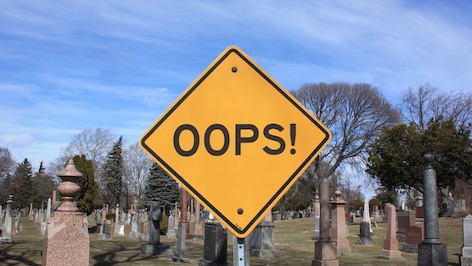 4 Inventions and Discoveries that were Accidents

Everyone has experienced a moment of incredible intelligence: often these are so short-lived that they’re considered flukes, while some of these mistakes ended up changing the world.

Here are four inventions that were complete accidents:

In 1879, chemist Constantin Fahlberg returned home to have dinner with his wife one evening. He neglected to wash his hands and found that everything he ate tasted like the sweet coal tar he had been handling during the day.

The first popsicle was invented by 11-year-old Frank Epperson when he forgot a container of powdered soda and water with mixing sticks on his porch one cold night. The next day, he discovered a frozen treat.

Antibiotics were “discovered” in 1929 when Sir Alexander Fleming was tidying up his lab after being on holiday. He found a petri dish that had been left out and grown mold, which killed the bacteria.

In 1904, an ice cream stall was doing so well at the World’s Fair, that the two stall owners started using rolled up waffles and putting ice cream on top – the birth of the ice cream cone.