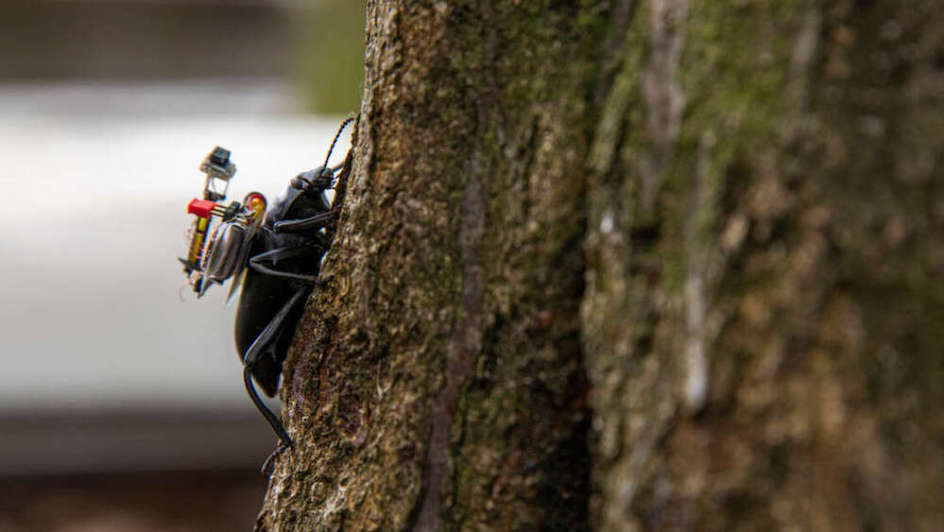 The term “bug-eyed” may take on a new meaning now, after scientists at the University of Washington (UW) developed a tiny, wireless camera “backpack” that can fit on the back of an insect.

The miniature GoPro camera weighs just 248 milligrams, and can stream video at one to five frames per second to a mobile device that is within 120 metres. It can also be adjusted 60 degrees, thanks to a mechanical arm.

The camera can work for over six hours on battery power, which only activates when the beetles move. Future models are expected to be reliant on solar power.

Dr Shyam Gollakota – senior author of the project – and UW associate professor in the Paul G. Allen School of Computer Science and Engineering, both said in a statement: “Vision is so important for communication and for navigation, but it’s extremely challenging to do it at such a small scale.”

So far, beetles have proven to be the most popular camera mount as they can carry loads greater than 500 milligrams.

So far, The team has tested extensively on a death-feigning beetle and a Pinacate beetle respectively, as they seem unbothered by the extra weight.

The technology has given the researchers a “bug’s eye-view” of their tiny world, opening up a whole new avenue for better understanding the little creatures.