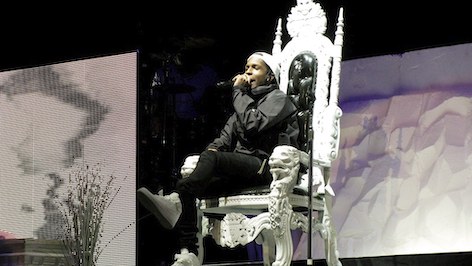 A$AP Rocky to Pay for Assault in Sweden

The Swedish courts have finally handed down a verdict for A$AP Rocky: guilty.

Per Lennerbrant, the presiding judge, commented that the evidence in the case had been “complex”.

According to a court statement: “The assault has not been of such a serious nature that a prison sentence must be chosen. The defendants are therefore sentenced to conditional sentences.”

Lennerbrant eventually ruled that Mayers and his two co-accused were guilty of misdemeanor assault charges. They would not serve any further jail time, but on top of the conditional sentences, they were also ordered to pay a total of 12 000 kronor – approximately just over $1 300 – in compensation and legal fees to Jafari.

Mayers posted on Instagram that he was “disappointed” with the verdict, but thanked everyone who showed their support during his “difficult time”.

He added: “Imma [sic] keep moving forward. Thank you to my team, my management, attorneys, label and everyone who advocated for justice.”