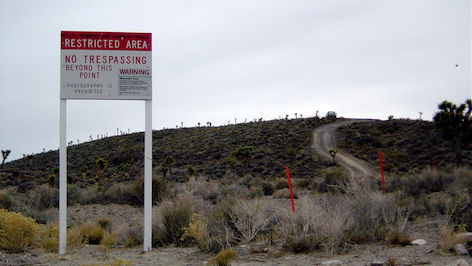 Area 51 represents a perennial, sci-fi pop culture reference that has persisted for over six decades. Now, thanks to the power of the internet, a Facebook event jokingly inviting people to raid the US military installation has gone viral, and the results are nothing short of hilarious.

The event, titled “Storm Area 51, They Can’t Stop All of Us”, is set to take place on 20 September in Lincoln County, Nevada, and has amassed over 1.2 million attendees.

Other social media platforms have hopped on the bandwagon, such as the hashtag, “#StormArea51”, trending on Twitter, and a flood of colourful memes across Instagram.

Even celebrities are getting in on the gag – such as actor Danny Trejo and cosmetics guru, Jeffree Star – tweeting their own jokes about the matter.

Many people – from sci-fi fans to conspiracy theorists – have been joking about the satirical gathering, but the US Airforce failed to see the humour and issued an official warning.

Laura McAndrews, Air Force spokesperson, said: “[Area 51] is an open training range for the US Air Force, and we would discourage anyone from trying to come into the area where we train American armed forces.”