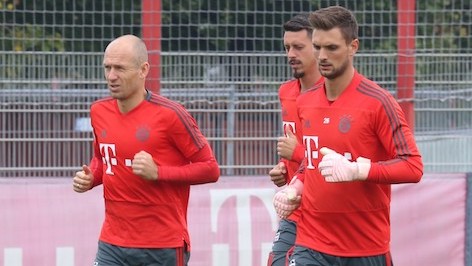 Former Bayern Munich and Real Madrid footballer, Arjen Robben, has opened up on his previous decision to return from retirement and get back into the beautiful game.

The 36-year-old Dutch winger had decided that the 2019/20 season would be his last, but shocked many when he announced on Sunday, 28 June, that he would be playing for F.C. Groningen next season.

Robben will be returning to his boyhood club, the very same one that he made his senior debut with in 2001 – when he was 17 – before his talents took him to PSV Eindhoven, Chelsea, Real and then Bayern.

In a separate interview with a media outlet, he said: “The difference in the standard between Bayern and Groningen is naturally a lot different, but I am here to help the club … I don’t have anything to lose and I’m going into the challenge with a positive attitude and try and make the best of it.”

The footballer played 52 matches for Groningen between January 2001 and June 2002, netting 12 goals and assisting with five. He then joined Eindhoven the following month.