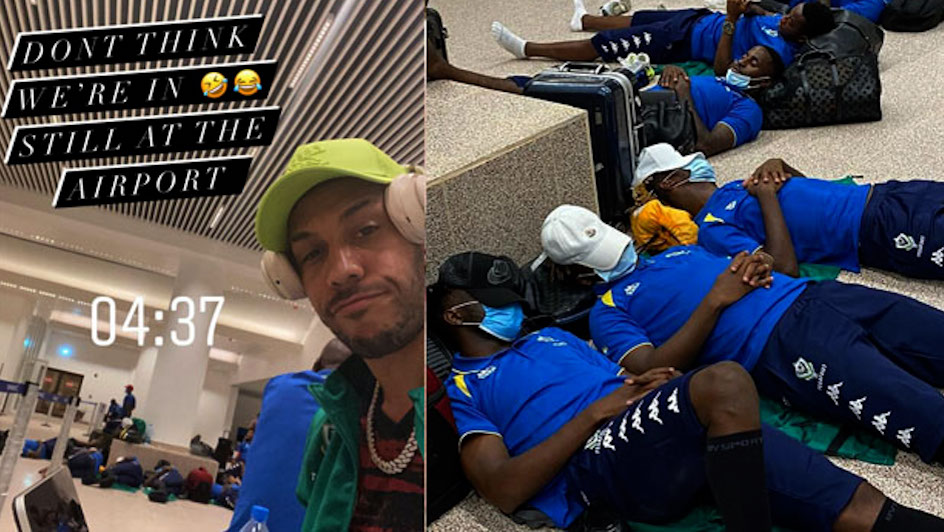 Arsenal have been left furious by Pierre-Emerick Aubameyang’s recent awful airport treatment while on international duty, and now his national team manager fears the Gunners might block the forward from future call-ups.

Aubameyang and his Gabon teammates were forced to spend the night sleeping on the floor of Banjul International Airport after being refused entry into Gambia ahead of their 2021 AFCON qualifiers on Monday, 16 November 2020.

Upon their arrival, the Panthers were told that there were some administrative problems and spent six hours at the airport overnight without their passports before finally being allowed entry at 6am – a few hours before their clash.

Gabon head coach, Patrice Neveu, has revealed that the Gunners were not pleased with the ordeal and might not let their captain join his national team again.

He said: “Arsenal called Pierre-Emerick. After seeing him in those conditions, it’s over… They won’t let him come again.”

He added: “All the players tried to sleep on the airport floor. Imagine if Aubameyang, a player who costs more than €1m/month, gets injured. The English club [Arsenal] can be annoyed after what’s happened.”