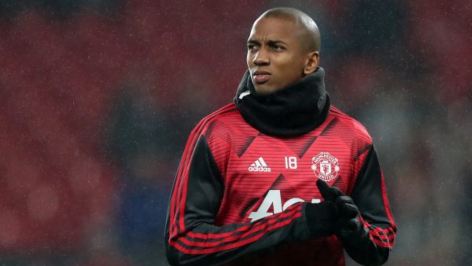 Young – who joined the Red Devils from Aston Villa in 2011 for an undisclosed fee – was left out of the squad’s Carabao Cup match against Manchester City on Tuesday, 7 January. The team went on to lose 3-1 to City.

Per media reports, Inter Milan are looking to sign the 34-year-old winger, whose contract expires in six months’ time. Their coach, Antonio Conte, is apparently willing to offer him an 18-month contract with the Italian side.
Although Young could potentially leave during the current transfer window, United are said to be set on keeping him at Old Trafford.

A British media outlet has claimed that the Premier League club have recently offered him a one-year contract extension.

There is no doubt that Inter Milan will be monitoring this situation as it unfolds, and will swoop in should Young show any interest in joining them.