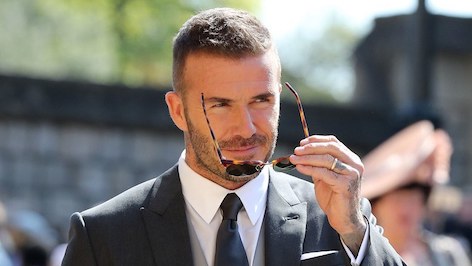 David Beckham has been banned from driving for six months after it emerged he had been seen using his phone whilst driving.

The former English footballer admitted to the infraction – which took place 21 November last year – after he was photographed by a member of the public, whilst driving “slowly” in Great Portland Street, central London.

The 43-year-old received an additional six points on his licence – he has six points from a previous speeding offence in March 2017 – and was ordered to pay a fine of £750, on top of paying £100 in costs and a £75 surcharge fee.

Prosecutor Matthew Spratti said: “Instead of looking straight forward, paying attention to the road, [Beckham] appeared to be looking at his lap.”

Gerrard Tyrrell, Beckham’s lawyer, said: “There is no excuse for what took place … he’s going to plead guilty and that’s what he’s done.”

District Judge, Catherine Moore, told him that there was “no excuse” for breaking the law in such a manner. She ordered the fine and other costs to be paid within seven days.