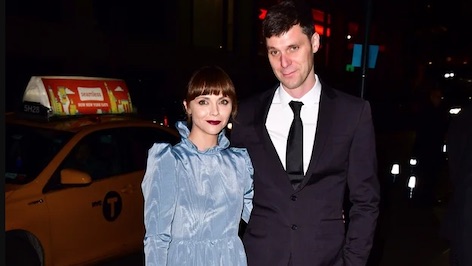 Christina Ricci has filed for divorce from her husband of nearly seven years, James Heerdegen.

As per reports, the 40-year-old actress filed divorce papers on Thursday, 2 July, with the Los Angeles County Superior Court in California. The reason for the proceedings? Irreconcilable differences.

Ricci was recently granted an emergency protective order with local police after an alleged altercation with Heerdegen at their Los Angeles home last week. He was not arrested after the incident.

They met on the set of television period drama series, “Pan Am”, in 2011, and eventually married in October 2013.

The pair have a five-year-old son, Freddie, and “The Addams Family” actress is seeking sole legal and physical custody. The former couple did not sign a prenuptial agreement before marrying.

Ricci, who began her career at the age of eight, previously admitted that one matures when you marry and become a parent.

She said: “Marriage shows you your flaws in how you deal with things, and having a child forces you to grow up at the speed of light.”