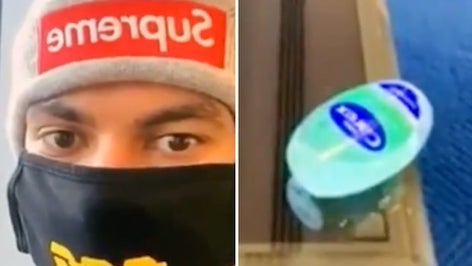 In the video, Alli is shown wearing a facemask in an airport departure lounge, then zooms the camera on an oblivious man of Asian descent, before panning to a bottle of hand sanitiser.

He used the caption: “This virus gunna have [sic] to be quicker than that to catch me”.

Several users complained about what Alli posted, resulting in its subsequent deletion. He issued a statement last night, admitting he was at fault.

He said: “It wasn’t funny. I realised that immediately and took it down. I let myself down and the club. I don’t want you guys to have that impression of me.”

Club management has declined to comment on the incident.