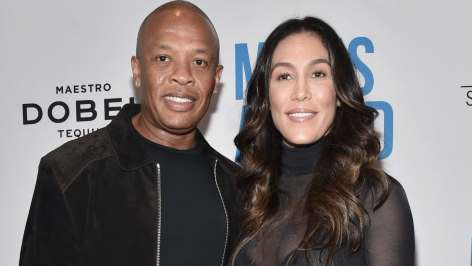 Rapper and producer, Dr Dre, and his wife of 24 years, Nicole Young, are getting divorced.

Prior to her union with Dr Dre, Young was married to former basketball player, Sedale Threatt.

Meanwhile, the “Dope Man” hitmaker enjoyed relationships with other women, and already had four children by the time he met Young.

According to reports, Dr Dre’s net worth is approximately $800 million, in large part due to his 20% stake in Beats Electronics – an audio product business which Apple bought from him for $3 billion in 2014.

Because the couple did not sign a prenuptial agreement, Young could receive a hefty chunk of Dr Dre’s massive fortune once their divorce is finalised.