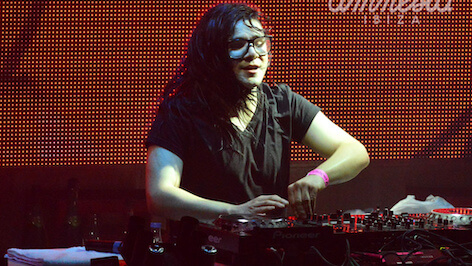 Decades and resources have been spent in the search to find an effective mosquito repellent, and an international team of researchers claim to have found a secret weapon: dubstep.

The team – comprised of individuals from Malaysia, the Cayman Islands and Japan – published a recent scientific study on 25 March, investigating if the single “Scary Monsters and Nice Sprites” by musician Skrillex could act as a repellent for mosquitoes, specifically those which spread dengue fever, Zika and yellow fever.

The study revealed that the mosquitoes’ behaviour was disrupted when exposed to the electronic music genre.

The study concluded that the song “acted both as an anti-mosquito attack factor and as a mating disrupting agent. Females entertained with music attacked hosts much later than their non-entertained peers.”

The scientists concluded that the loudness, pitch, vibration and pressure contributed to its noisiness and disruption capability.

Other sound-based repellents – such as ultrasound devices – have proven ineffective, some even attracting more of the flying nuisances. A conclusion which is useful in itself, as these can be used for sound-baited traps.