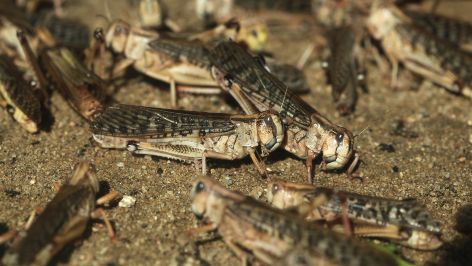 The United Nations (UN) are calling on developed nations to aid East African countries that are currently enduring a widespread locust plague.

Last week, Somalia declared a national emergency after an infestation of desert locusts swept throughout the region. According to reports, these locust swarms consume large amounts of crops and forage, which greatly threatens the country’s already “fragile food security situation.”

The plague – borne of the effects of climate change – has since spread to Ethiopia and Kenya, also putting their crops and livestock at risk.

Speaking at the African Union’s headquarters in Addis Ababa, Ethiopia, on Sunday, 9 February, UN Secretary-General Antonio Guterres said that developed nations needed to support East Africa in fighting against this plague, as well as climate change in general.

He said: “Africa is the least responsible for climate change disruption yet is among the first and worst to suffer. Its nations need assistance to build resilience to adapt to the inevitable impacts to come.”