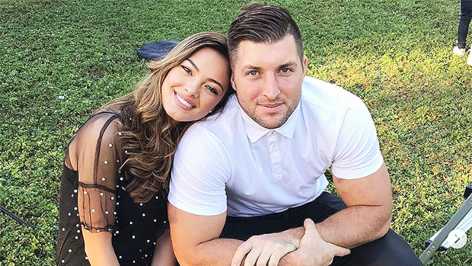 Ex-Miss Universe’s Wedding is Sooner Than You Think

Rumours are running rampant that former Miss Universe, Demi-Leigh Nel-Peters, and her fiance, US baseball player Tim Tebow, will be tying the knot in Cape Town this weekend.

Speculation about their wedding day began when Nel-Peters arrived in Johannesburg last week. Judging from her Instagram snaps, she and her friends – presumably members of her bridal party – were enjoying a luxurious stay at The Palace of The Lost City hotel resort.

Teabow added fuel to the fire when he uploaded a picture of himself in an airport to his Instagram account on Wednesday, 15 January.

In the caption, he wrote: “Where am I headed y’all?” The text was followed by a bride and groom emoji.

The couple have since reunited in Cape Town, and it’s believed that they will get hitched in the Mother City. The ceremony is expected to be a two-day affair, which will start tomorrow, Saturday 18 January.

Congrats to the happy couple!