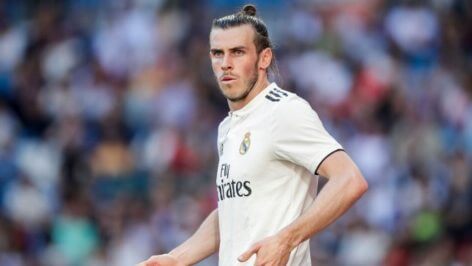 Gareth Bale to Bail Out of Real Madrid?

Real Madrid forward, Gareth Bale, is reportedly “angry” with his career at the club and wants to exit from the Spanish giants.

According to journalist Guillem Balague, the 30-year-old Welshman – who signed with Los Blancos in 2013 for £85.1 million – is unhappy with his treatment by coach Zinedine Zidane.

Balague also claims that being left out of the squad’s Champions League match against Club Brugge last Tuesday, 1 October – plus Real Madrid blocking his transfer to Chinese side, Jiangsu Suning – have contributed to Bale’s unhappiness.

The journalist explained to a British media outlet: “Gareth Bale is fed up … at a time when he began to stand out, knowing that as he plays matches his fitness would be sharpened, he suddenly had to watch the game against [Club Brugges] in the stands. Nobody knows why.”

Balague added: “[Bale] is angry, confused … he feels that it is not fair what is being done with him.”

Time will tell if Bale will or won’t walk away from Real Madrid.