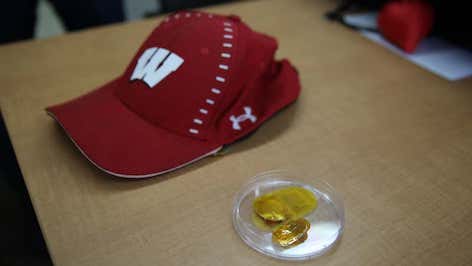 Going Bald? There’s a Cap for That

The myth that constantly wearing a hat would lead to hair loss will now have a new meaning, thanks to scientists from the University of Wisconsin-Madison (UWM) who have created a cap that will make a mockery of the old wive’s tale.

Professor Xudong Wang and his UWM colleagues have invented a prototype baseball cap that is fitted with an electric patch, which helps stimulates men’s hair follicles.

The cap operates on a simple principle: The device is powered by energy generated from random body movements; it sends electric pulses, which stimulate the release of natural body chemicals that are part of the natural hair growth process.

Professor Wang’s team has tested the device on mice, but he also tried it on his father, who had been balding for the past few years.

He said: “It helped [my father] to grow a lot of new hairs after one month.”

The professor is confident that the cap will prove to be a major success with humans, as their trials included mice who grew new fur after being subjected to the same electric pulses.