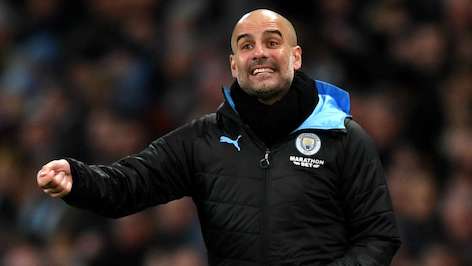 City’s sixth league loss against Spurs left a record margin of 22 points after the Reds thumped Southampton 4-0 on Saturday, 1 February.

Despite the 49-year-old Spaniard’s earlier protests against the Video Assistant Referee technology, as well as his side registering 18 fruitless shots on goal and missing a penalty, he took a hard look at the season and admitted defeat.

After the match, he said: “[Liverpool] are unstoppable with a lot of points, we drop points in games that are quite similar today, even when we play at Anfield.”

Guardiola wasn’t the only frustrated coach, as Tottenham’s manager, Jose Mourinho, was visibly upset when City forward, Raheem Sterling, missed a red card after a dangerous challenge on Dele Alli earlier in the match.

Liverpool currently sit at the top of the table with 73 points, whilst second place is occupied by Manchester City with 51 points, and Leicester City are close behind with 49 points.