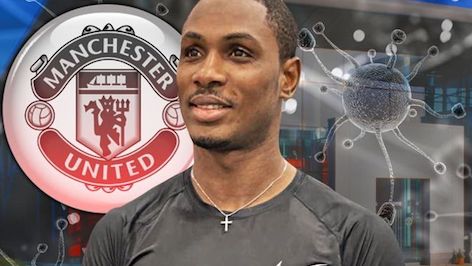 Manchester United are currently keeping their headline signing, Odion Ighalo, away from the club’s training grounds due to Coronavirus fears.

However, the striker has been prevented from training with his new teammates because of a potential Coronavirus risk.

Although he was not travelling from Wuhan – the city where the virus originated – Man United have decided to take necessary precautions.

The new arrival also missed a trip to Spain over concerns that he might not be allowed re-entry into Britain after tightened border restrictions over the outbreak.

The Nigerian will continue training solo with a personal coach, Wayne Richardson, at the Taekwondo Centre in Manchester until the end of his 14-day incubation period.

However, Ole Gunnar Solskjaer has confirmed that Ighalo will travel with the team to Stamford Bridge for their crucial English Premier League clash against Chelsea on Monday, 17 February – where he could make his debut.