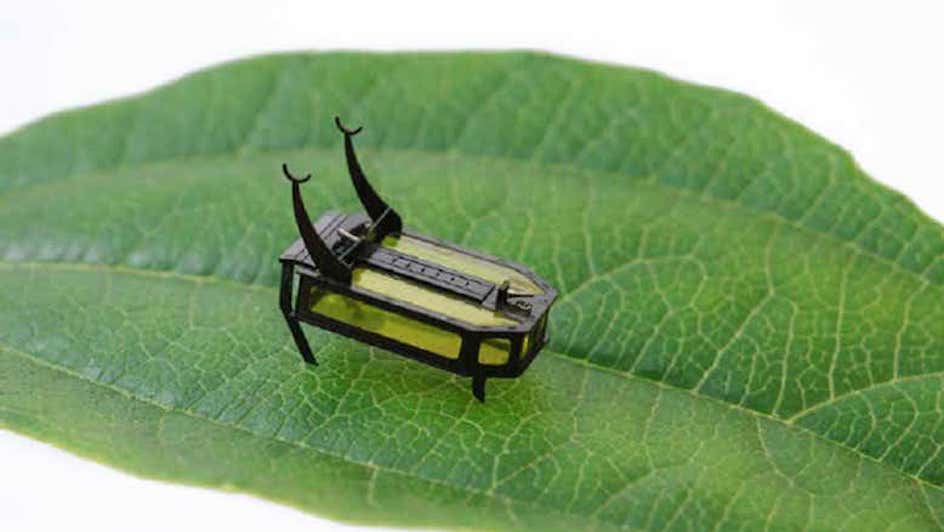 Insect Robot Lifts with the Power of Alcohol

The world is full of technological wonders, some natural and some mechanical. Now, meet one of the world’s tiniest microrobots, which can lift 2.6 times its own body weight – and it’s powered by alcohol.

The tiny, 88-milligram powerlifter, aptly named “RoBeetle” was designed by a small team of researchers from the University of Southern California (USC). The mechanical creation has “muscles” – made of programmable composite wires – that use methanol as a power source.

Nestor Perez-Arancibia, a professor at USC and team leader, commented that conventional batteries did not carry enough charge to make the RoBeetle practical at such a small scale, so they thought up a different power source.

Methanol – often used as a wood solvent or antifreeze – allows RoBeetle to carry 95 milligrams of fuel and to operate for up to two hours carrying small loads in spaces that humans can not fit.

The technology has shown such immense potential, that the project has attracted funding from the US Department of Defense’s research arm: the Defense Advanced Research Projects Agency.

Perez-Arancibia puts the next step plainly: “We want to create the first completely autonomous flying robot at beetle scale.”