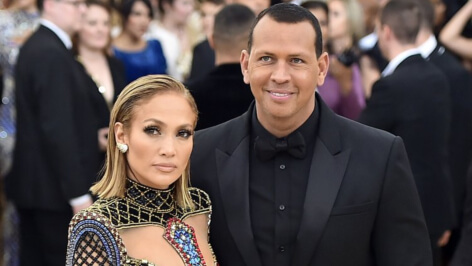 A leading entertainment news and photography company is suing Jennifer Lopez for copyright infringement over a photo that she posted to her Instagram Story two years ago.

The photo shows the “First Love” hitmaker holding hands with her fiance, Alex Rodriguez, while they were enjoying breakfast in New York City in November 2017.

According to the recently filed lawsuit, Splash News and Picture Agency notified Lopez of her unauthorised use “through her representatives” via a letter, which was dated 12 December 2017.

Court documents read: “The Instagram post made the photograph immediately available to Lopez’s tens of millions of followers and others … who would otherwise be interested in viewing licensed versions of the photograph in the magazines and newspapers that are plaintiff’s customers.”

Taking legal action against J-Lo nearly two years later, the company is now seeking $150 000 in damages, and an injunction against the singer and her team so that the photo may never be used by them again.

Neither Lopez nor her representatives have commented publicly on the lawsuit.