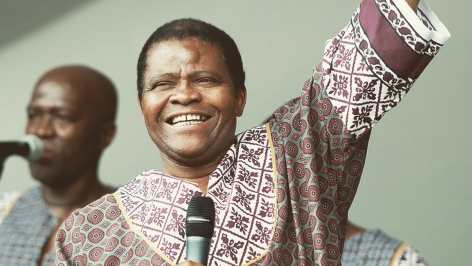 Beloved founder of Ladysmith Black Mambazo, Joseph Shabalala, has passed away at the age of 78.

According to the choral group’s manager, Xolani Majozi, Shabalala passed away at Eugene Marais Hospital in Pretoria on Tuesday morning, 11 February.

The musician had apparently been suffering from back surgery-related complications, although this has not been confirmed as the cause of death.

Majozi added: “[Ladysmith Black Mambazo] is on tour in the US, but they have been informed and are devastated because the group is family.”

Famous for his unique vocals and using indigenous sounds in his repertoire, Shabalala started singing with a popular group called the Highlanders in the late 1950s.

Under Shabalala’s leadership, Ladysmith Black Mambazo went on to achieve popularity around the world, selling millions of records and winning a host of awards.

Shabalala retired from the group in 2014 due to his deteriorating health. He is survived by his wife Thokozile, seven sons, three daughters and 36 grandchildren.