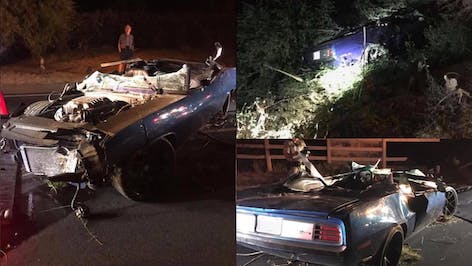 Comedian Kevin Hart was involved in a car accident along Mulholland Highway, Los Angeles, on Sunday, 1 September, but is expected to make a full recovery.

The 40-year-old “Central Intelligence” actor was in his 1970 Plymouth Barracuda with two others – Hart’s friend, Jared Black, and Black’s fiancee, Rebecca Broxterman – when Black lost control of the muscle car around midnight, and it tumbled down the Malibu Hills embankment.

A police report stated that Black was not under the influence of any alcohol or illegal substances at the time of the crash.

Sources claim that Hart was able to leave the scene on his own, and return to his nearby home before seeking help. He and Black were then taken to a local hospital for treatment.

The Hollywood star and his friend sustained “major back injuries”, but Broxterman required no medical attention.

Hart purchased the car in July as a 40th birthday gift to himself.