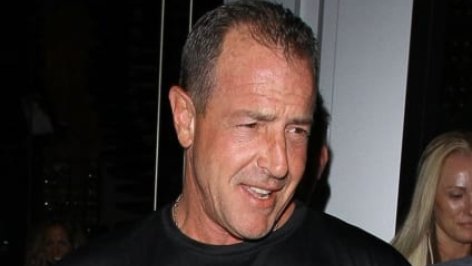 The father of actress Lindsay Lohan has been arrested for allegedly assaulting his estranged second wife earlier this week.

Michael Lohan, aged 59, was previously married to Dina Lohan for 22 years before their divorce in 2007. They have four children, including Lindsay.

He then married 37-year-old Kate Major in 2014. Together, they have two sons – Landon, aged seven, and Logan, aged five. They legally separated in 2015.

According to reports, the former “Celebrity Rehab” star was arrested on Monday, 10 February, in Southampton, New York. The arrest apparently took place “on the street in front of his kids”, where he was seen acting “combative”.

A source said that Lohan has been charged with “strangulation and harassment” after Major filed a police report. He remains in police custody.

They explained: “[Lohan] has been following [Major], tracking her and then choked her, and got arrested for it.”

This is allegedly not the first time Lohan has assaulted Major. In 2011, Lohan “tried to throw Major off a balcony”; two years prior, he apparently pushed her when arguing.