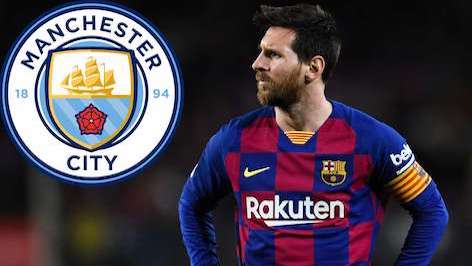 Abidal criticised the performance of Blaugrana’s first-team and blamed them for the dismissal of Ernesto Valverde. In response, Messi snapped and took to Instagram to express his frustrations – calling on the sporting director to name those players.

Messi’s contract at Barcelona ends next summer and his renewal prospects are in doubt. He also has a good faith clause in his contract which allows him to leave the club for free at the end of this season, should he so desire.

The club’s president, Josep Maria Bartomeu, reportedly held a meeting on Wednesday, 5 February, with Messi and Abidal in an effort to restore the peace. But, apparently, after a long meeting, the decision was made to stick with Abidal.

Although it seems unlikely for Messi to leave Barcelona after 17 years, speculations suggest this could be the best time for the Argentine to leave. Man City are current favourites, considering Messi’s past relationship with Pep Guardiola, and they are one of the few clubs in the world that can afford the wages of the six-time Ballon d’Or winner.