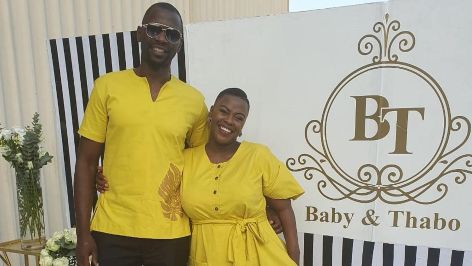 Two years after divorcing her husband, actress Dawn Thandeka King has found love again in the arms of her new man.

King – who portrays the character of MaNgcobo on the popular soapie, “Uzalo” – divorced from her husband of 15 years, businessman Jabulani Msomi, back in 2017.

According to multiple reports, the actress was spotted getting cozy with industry colleague, Mlungisi Duncan, at the wedding of co-star Baby Cele and Thabo Moloka last Saturday, 5 October.

Speaking to a media outlet recently, King confirmed that she was seeing Duncan, saying: “Yes, we’re in a loving relationship and he makes me happy. For now, we’re still enjoying our privacy and each other’s company.”

However, she kept coy about the ring she was wearing on her finger, adding: “We’ll make an announcement once we’re ready.”

Here’s hoping that second time’s the charm for King this time ‘round!