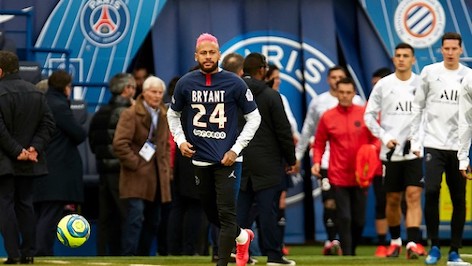 Neymar will miss out on Paris Saint-Germain (PSG’s) match against Nantes tonight, Tuesday 4 February, due to a rib injury.

The Brazilian superstar tangled with Arnaud Souquet during the first half of PSG’s 5-0 Ligue 1 victory over Montepellier on Saturday, 1 February. He limped off the pitch shortly afterwards, and it was later determined that he had injured his rib cartilage.

Neymar recently enjoyed a spectacular party on Saturday, 1 February – with a guestlist that included team-mates Marco Verratii, Edinson Cavani and Angel Di Maria – to celebrate his birthday on Wednesday, 5 February.

This latest injury continues the long-standing characteristic of the flamboyant forward who is often side-lined with injuries, despite enjoying high-level popularity.

Team manager, Thomas Tuchel, appears to be taking the injury news in his stride.

He said: “Is it the worst thing in the world? No.”

It has not been confirmed when Neymar will return to the pitch.