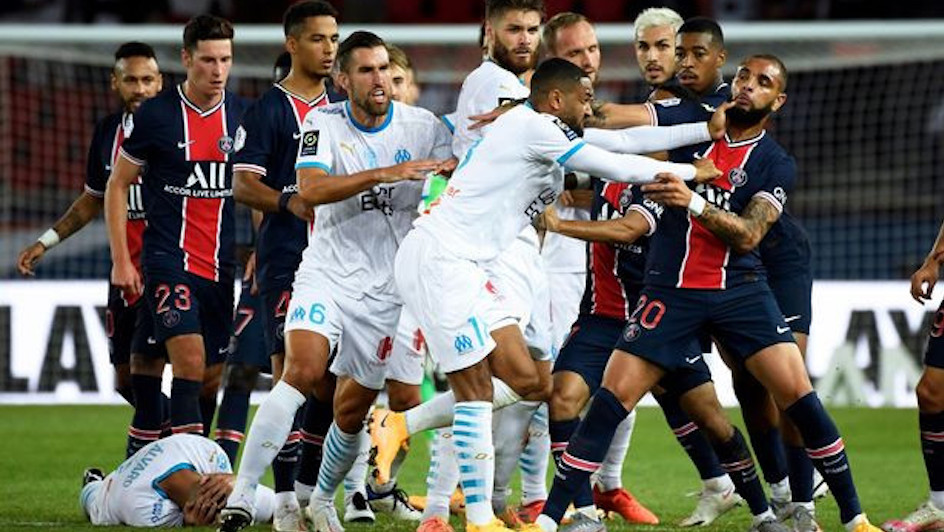 Soccer superstar Neymar claims that he hit Alvaro Gonzalez due to a racial remark which sparked a massive, chaotic fight between players during Paris Saint-Germain’s 1-0 defeat to Marseille on Sunday, 13 September, at the Parc des Princes stadium in France.

The 20-year-old PSG forward was among five players sent off in the heated clash that saw the referee handing out as many as 17 cards for misconduct – a new record for a Ligue 1 match.

During the game, Neymar was picked up by TV cameras several times accusing Martinez of racism, saying: “Please, come on, no racism here…”

However, all hell broke loose after Leandro Paredes’ shoved Dario Benedetto – then players from both teams joined the ugly fight in which there were shoves, kicks and some punches.

When walking off the field, Neymar complained to the assistant referee saying his actions were prompted by a racial remark. He alleged: ”He was being a racist, that’s why I hit him.”

After the game, the furious Brazillian took to Twitter to further accuse the Spanish defender of racial abuse.

He wrote: “My only regret is not hitting this guy’s face. It’s easy for VAR to capture my aggression. I want to see them get the footage of [Gonzalez] calling me a monkey”.