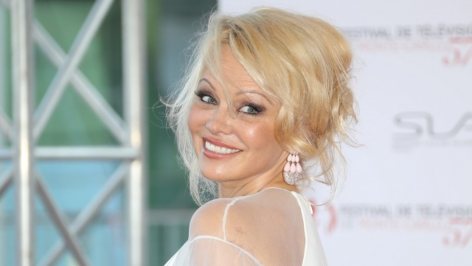 Actress Pamela Anderson has tied the knot – for the fifth time!

Among those in attendance included Anderson’s two sons, Brandon and Dylan, as well as Peters’ third ex-wife, producer Christine Forsyth-Peters, and their daughters Caleigh and Skye.

Anderson confirmed that she was now married in a statement: “We understand and respect each other. We love each other without conditions. I’m a lucky woman – proof God has a plan.”

According to reports, Anderson and Peters first met in the mid-1980s at a Playboy Mansion party in Los Angeles, California. After dating each other for some time, they broke up, before reconnecting in late 2019.

Anderson was previously married to drummer Tommy Lee, rapper Kid Rock, and poker player Rick Salomon, the latter whom she married twice. As for Peters, he was formerly married to Henrietta Zampitella, Lesley Ann Warren, Forsyth-Peters, and Mindy Peters.