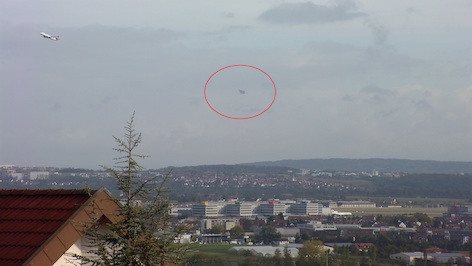 Pentagon: Not Saying it’s Aliens, But …

Is 2020 getting weirder, or did the Pentagon just confirm that we are not alone in the universe?

The headquarters of North America’s Department of Defense (DOD) released three short videos showing what is generally known as UFOs – or “Unidentified Flying Objects”, for those of you who never saw “The X-Files”.

In one of the grainy, black and white videos, one of the pilots can be heard saying that the “aircraft” moved in ways he could not explain.

The DOD did not explicitly state the existence of aliens, but did not deny it, either. This has proven to be the most transparent the Pentagon has ever been on a previously classified, and very controversial, topic.

Former Senate Democratic leader, Harry Reid, took to Twitter on the same day the official statement was released, and said that the US needs to take a “serious, scientific look” at the videos and their implications.

However, it must be mentioned that the US government did spend close to $22 million between 2008 and 2011 on investigating UFOs.

We want to believe.