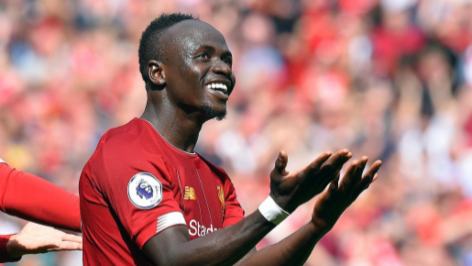 Liverpool winger, Sadio Mane, returned to training with the club earlier this week.

The 27-year-old Senegal international sustained an injury to his hamstring during the Reds’ Premier League match against Wolverhampton Wanderers on 23 January. His team went on to win the game 2-1.

As a result of his injury, Mane was forced to miss Liverpool’s subsequent matches against West Ham United, Southampton and Shrewsbury Town.

According to a tweet posted by Liverpool’s official Twitter page, the winger – along with James Milner, who had also been recovering from a hamstring injury – returned to training on Monday, 10 February.

The club posted a series of photos of their players, including a smiling Mane, playing at their training grounds in Melwood. The caption simply read: “Back in Melwood.”

Mane’s return will certainly boost Liverpool’s offense when they take on Norwich City this Saturday, 15 February.