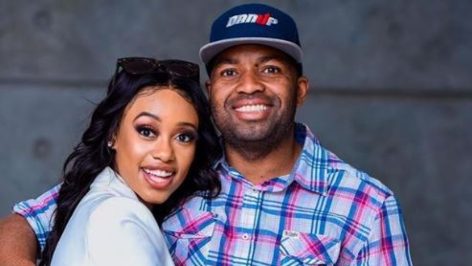 Sphelele Makhunga Claps Back at Haters

The pregnant wife of Bafana Bafana and Kaizer Chiefs goalkeeper, Itumeleng Khune, is not here to entertain haters who take shots at their relationship.

Khune, 32, married Sphelele Makhunga – a 22-year-old model and student from Durban – late last year, shortly before the couple revealed that they were expecting their first child together.

Since then, social media users have been criticising their union, remarking that it would not last very long due to Khune’s alleged cheating tendencies

Taking to Instagram Stories recently, Makhunga clapped back at her critics.

She wrote: “They said “It won’t last, I am giving them six months”, but look at us now, married and expecting … Yaz! Busy bashing other people’s relationships kodwa [sic] no one judges their sad relationship.”

Like her husband, Makhunga is not about playing games when it comes to people judging her love-life – but at the end of the day, she’s going to have the last laugh.