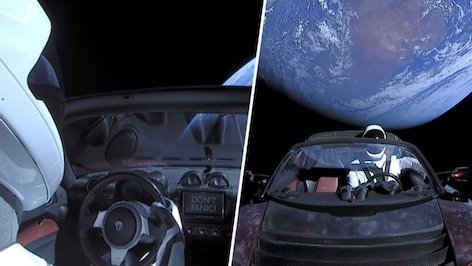 Since then, it has largely been the subject of internet memes, but recently it just completed its first full orbit around the Sun.

The car and its sole occupant – a mannequin dressed in a spacesuit known as “Starman” – have been in space for over 557 days.

The cherry-red Tesla Roadster was the final test for the first Falcon Heavy rocket launch. As the rocket fired up into the heavens, David Bowie’s “Space Oddity” played out.

What does the data say about the Roadster’s interstellar journey? So far it has covered enough distance to drive all the roads around the world about 34 times over; the total distance would exceed its original 58 000-kilometre warranty over 21 000 times.

Musk has shown keen interest in transporting humanity to Mars, so we might meet Starman on the way, some time in 2030 or later.

The vehicle is predicted to be near the Earth around 5 November 2020.