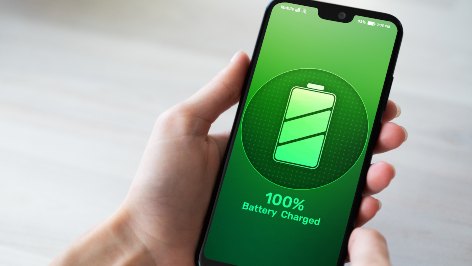 This Battery Can Keep Your Phone Charged for 5 Days

Smartphone users, rejoice – researchers in Australia have developed a new type of battery that can keep your device energised for longer!

Led by Dr Mahdokht Shaibani, a team of researchers at Monash University in Melbourne have created a lithium-sulphur battery prototype, which has a capacity five times higher than that of traditional lithium-ion batteries.

Due to maintaining an efficiency of 99% for more than 200 processes of recharging a regular battery and discharging it, the battery can power your smartphone for approximately 120 hours. It also has the potential to power an electric car for 1 000 kilometres.

What’s more, a lithium-sulphur alternative is cheaper to produce, and is less hazardous on the environment.

Shaibani explained: “This approach not only favours high performance metrics and long cycle life, but is also simple and extremely low-cost to manufacture, using water-based processes, and can lead to significant reductions in environmentally hazardous waste.”

The team are expected to test more battery prototypes, with the intention to manufacture them commercially in Australia in the near future.