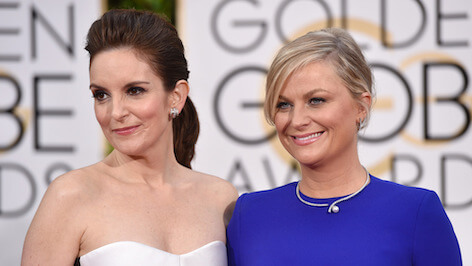 Tina Fey and Amy Poehler will return to co-host the 78th Golden Globe awards next year.

NBC Entertainment Chairman, Paul Telegdy, made the announcement during NBC’s segment at the Television Critics Association press tour in Pasadena on Saturday, 11 January.

Telegdy said: “NBC has long been the home to two of the funniest people on the planet – Tina Fey and Amy Poehler – and we didn’t want to wait any longer to share the great news that they’ll be hosting the [Golden Globes] once again.”

The comedic divas have starred in countless projects together – including “Saturday Night Live”, “Mean Girls” and “Baby Mama” – and won many awards along the way. They previously hosted the Globes in 2015.

The funny duo will be hosting the awards ceremony for the fifth time, and their hosting will present a change in style from previous host Ricky Gervais’ acerbic edge, which he used for this year’s 77th edition of the prestigious awards show.

The date for the airing of the 2021 Golden Globes is yet to be confirmed.