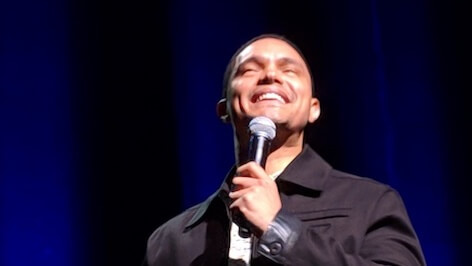 The 36-year-old host of “The Daily Show” struck gold at the ceremony – which was hosted online, on Tuesday, 19 May – scoring seven times, and thus proving that he is a hit with critics and fans alike.

The awards are hosted by the International Academy of Digital Arts and Science, and celebrates the best of what the internet provides. It is often considered the “Emmy’s for internet content”.

On Wednesday, 20 May, Noah took to social media to share his accomplishments.

He posted a hilarious video of dancing children on Twitter and Instagram, with the caption: “How I’m celebrating today! Thank you to [The Daily Show] & [sic] [The Trevor Noah Podcast] teams for all the hard work! 7 [sic] Webbys? Wow!”