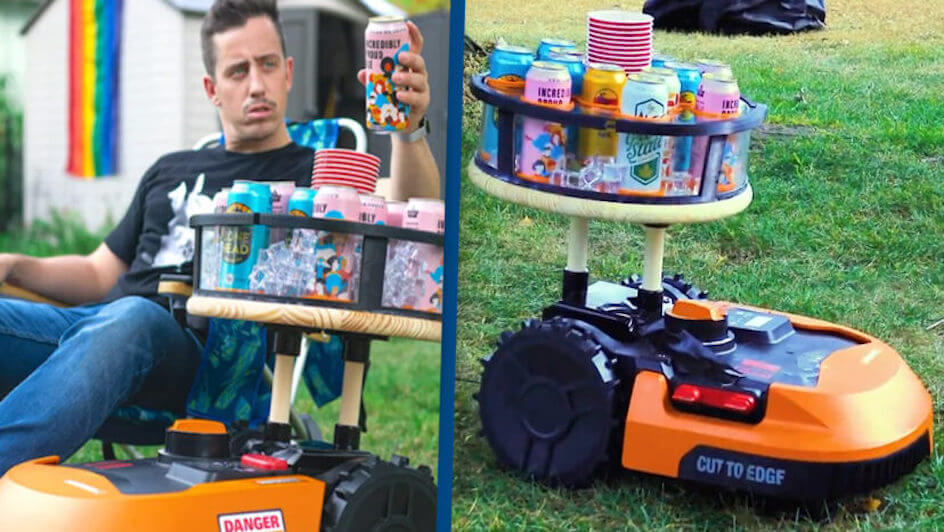 Watch My Lawnmower Fetch Me a Beer

Plato once said that “necessity is the mother of invention”, but he neglected to add that laziness plays a huge role in such thinking – Matt Benedetto has taken this phrase to heart and invented a lawnmower that not only cuts the grass, but brings you a refreshing drink, too.

The unintentional genius calls his device the “MowTender”, which “combines the ease of an automated robotic lawnmower and the convenience of a bartender.”

He originally conceived the idea after receiving a Landroid – a cordless robotic lawnmower – and thought of attaching a shaft to add a shelf. He then went to town by placing cans of beer on there, and the rest is history.

Unfortunately, the MowTender is not available for sale, nor will it ever be mass-produced because it was created as a joke.

Benedetto runs a YouTube channel titled “Unnecessary Inventions”, which also features a gallery of bizarre gadgets such as a potato chip-grabber and a vape kazoo.

He explains that the design project started as a way to “poke fun at the real products people will actually purchase online.”