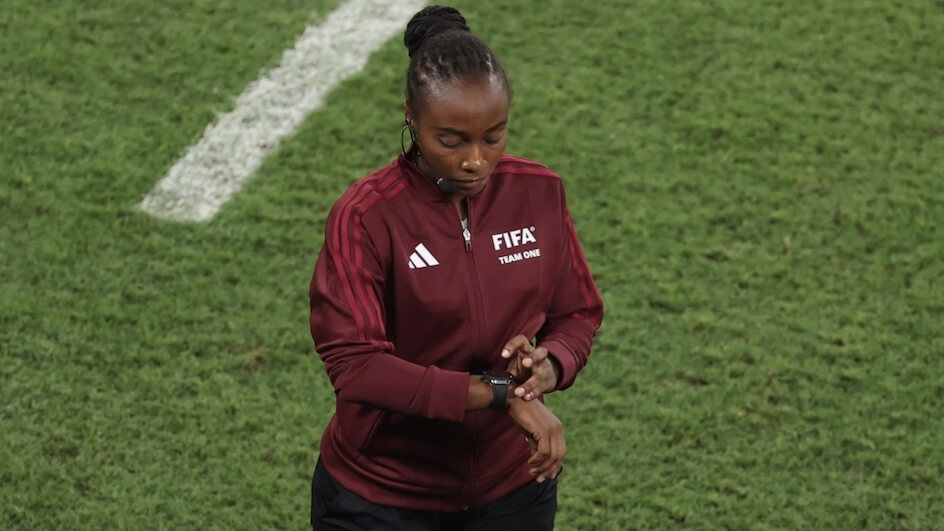 The 2022 FIFA World Cup in Qatar will be remembered for a variety of reasons, and one of them will be a proud memory for Rwanda as Salima Radia Mukansanga became the first African woman to referee a men’s topflight match.

The 34-year-old was one of four officials overseeing the game between France and Australia on Tuesday, 22 November, at Al Janoub Stadium in Al-Wakrah (South Africa’s Victor Gomes kept an eye on the centre field).

She’s not the only woman involved in the World Cup, as Japan’s Yamashita Yoshimi and France’s Stephanie Frappart have also contributed towards managing matches.

The time in Qatar has proven a dream come true, Mukansanga told a local sports publication: “Being appointed to the Men’s World Cup is something new, another opportunity we get. It means FIFA recognises that women are working hard, that we are providing quality refereeing.”

Mukansanga has been part of big games before, as her first slice of action was at the 2019 FIFA Women’s World Cup in France. She will be present at the tournament’s next showing in New Zealand in 2023.