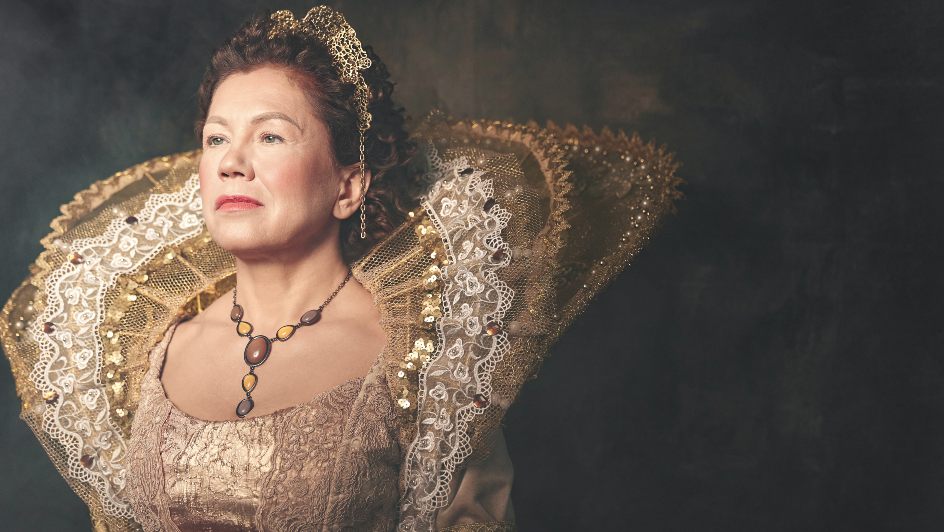 What do Queen Elizabeth I, Britney Spears and a computer mouse all have in common? 17 November, of course!

Take a gander at these three events that went down in history on 17 November:

Four hundred and sixty-four years ago, Elizabeth Tudor received the news that her half-sister, Queen “Bloody” Mary, had died and that she would be the new queen of England and Ireland.

After Queen Mary died that morning at the age of 42 (possibly from cancer), her crown was left to 25-year-old Elizabeth, who lived at her own estate in Hatfield. There, Elizabeth had lived for three years after she had been imprisoned and subsequently put under house arrest, due to her older sister seeing her as a threat to her rule.

According to an account by Sir John Harington, Elizabeth’s godson, she was sitting underneath an oak tree at Hatfield when Sir Nicholas Throckmorton arrived, informing her of her sister’s death and that she had been proclaimed queen by the Houses of Lords and Commons. In response, Elizabeth apparently fell on her knees and uttered this quote from the Bible: “This is the Lord’s doing: it is marvellous in our eyes.”

Her ascension speech was also similar in tone: “My lords, the law of nature moveth me to sorrow for my sister; the burden that is fallen upon me maketh me amazed; and yet, considering I am God’s creature, ordained to obey His appointment. I will thereto yield, desiring from the bottom of my heart that I may have assistance of His grace to be the minister of His heavenly will in this office now committed to me.”

And so, Elizabeth Tudor was crowned Queen Elizabeth I, who would be regarded as an integral ruler of England and Ireland, and emblematic of her kingdom’s golden era.

What’s a PC without a mouse? In fact, who came up with the name, anyway? On this day in 1970, the computer mouse was patented under the more complex name of “X-Y position indicator for a display system”.

The mouse was first conceived in 1961 by American engineer Douglas Engelbart. He visualised a device that would make the process of using a cursor to make a screen-selection on a display screen a reality – a device, he thought, with horizontal/vertical wheels that would set the cursor in motion.

With the aid of a grant given to him by NASA, Engelbart put together a team that would experiment with different contraptions that would make this idea possible. These include a knee-operated pointing device, a foot pedal, and even a joystick. Come 1965, they hit success with a wooden block with buttons on top of it – the earliest prototype for the mouse!

Said Engelbart in a 2004 interview: “We set up our experiments and the mouse won in every category, even though it had never been used before. It was faster, and with it people made fewer mistakes. Five or six of us were involved in these tests, but no one can remember who started calling it a mouse. I’m surprised the name stuck.”

A good thing, too – “X-Y position indicator for a display system” doesn’t quite have the same ring as “mouse”!

Britney Spears made history when she became the youngest recipient of a star on the Hollywood Walk of Fame. (Well, she ties with actress Melissa Gilbert, who achieved the same feat in 1985, but still!)

In front of nearly 2 000 fans, 21-year-old Spears’ star – the 2 242nd star on the walk – was unveiled at 6801 Hollywood Boulevard in Los Angeles, California, just a day before she released her fourth album, “In The Zone”.

“I’m seriously speechless right now,” Spears said in her acceptance speech. “This is something that I’ve dreamt about since I was a little girl. I can’t believe I’m actually here with all of you amazing fans.”

From teen idol to the Princess of Pop, Spears became a worldwide household name for all sorts of reasons: from her sexy, sensual, top-charting songs (and accompanying music videos) to her personal issues (her abusive conservatorship, her tumultuous relationships with her dad and her sister, etc), her star continues to shine and shows no sign of waning all these years later!